With all the talk about Brexit and the seemingly endless debate around “will we or won’t we leave”, the energy industry has its very own period of standstill. The UK Capacity Market (CM) scheme was suspended in November 2018 following a decision by the European Court of Justice in favour of Tempus Energy, following a challenge on the fairness of the scheme. The decision was based on procedural grounds - it was decided that the European Commission did not carry out a thorough enough consultation before granting state aid. The Government is therefore confident of reinstating the scheme and honouring existing contracts. Here lies the uncertainty.

So what does this mean for the energy industry and the various players across the market?

First and foremost are the winners of Capacity for 2018/19. They will have budgeted for the income from this scheme in the economics of their business models. For some, this will directly impact the cost effectiveness of their assets and could end up in them becoming uneconomic to continue.

Payments to Capacity Providers is suspended and Suppliers are no longer obligated to pay into the scheme. However, it is important for suppliers to show caution in their accounting. Over the past 18 months we’ve seen a series of suppliers fail. Should the Government reinstate the scheme and backdate payments, they will require suppliers to make good on their suspended payments. An arrangement has been set up for suppliers to pay in their post-standstill liabilities, but this is on a voluntary basis and it is unknown how many have chosen to do this.

With impacts of historic supplier failures still being felt in the industry, it is a concern that this could create another shock to the market.

In the domestic sector an allowance was made in the latest Retail Price Cap for CM payments. However, it was made clear that suppliers would be expected to return CM costs should the scheme not return. The mechanics behind how this should be done were not made clear, creating further uncertainty.

In the non-domestic sector, suppliers are having to determine if and when the CM will return to deliver accurate prices to consumers. It is important, when comparing prices across suppliers, for consumers to understand whether CM is being included or not.

In regards to pass-through contracts, many consumers are asking why they are paying for a scheme that is suspended. Similar to the supplier impacts, it is important for consumers to demonstrate caution on the basis that not paying today could result in a large reconciliation being required further down the line.

Given the Government’s steadfast approach to persisting with the scheme, you’d be forgiven for thinking it was business as usual. They continue to be confident in their ability to receive retrospective state aid approval which would allow a reinstatement of the scheme. On the other side of the table Tempus Energy are saying this is unrealistic and they feel there needs to be a fundamental change in the rules and a re-auction of all Capacity Arrangements in order for the CM to continue.

The European Commission launched their review in February 2019. There is uncertainty around how long it will take to complete as well as further complications stemming from the UK’s expected exit from the EU.

In the meantime, last month the government launched a replacement Auction for 2019/20 Capacity. The Clearing Price was a record low of £0.77/kW. This compares to previous Auction prices upwards of £20/kW. All of these Agreements are provisional on the resumption of the CM.

Given that the CM was a cornerstone to delivering a flexible and sustainable energy policy, whilst meeting environmental targets, it would be concerning should we not see a return of the scheme in some shape or form. However, should it not return perhaps it creates an opportunity to create something more economical off the back of the recent 5-year review of the CM?

What is clear in the current situation is that more clarity is needed. We should be protecting consumers and other market players and creating a fair market place in order to operate effectively. Security of supply is also a key ongoing concern which needs to be carefully prepared for. Given the high levels of risk and uncertainty still outstanding, a resolution is required. That way we can go back to worrying about Brexit…

TotalEnergies Gas & Power are actively monitoring the situation and will continue to update customers with further information. Should you have any questions please contact your Account Manager.

Some background information about the Capacity Market is below

What is the Capacity Market?

This is a scheme introduced by the UK Government in 2014 to reduce the possibility of blackouts by creating demand and supply flexibility in times of system stress. A series of auctions take place for capacity providers to bid into on the basis that they are willing to ramp down demand through Demand Side Response (DSR) or increase generation to boost supply. For each auction a clearing price is reached to determine who is awarded a Capacity Agreement.

Capacity Providers are paid for their availability irrespective of whether they are called upon. This means the scheme will attract a cost even if it is not needed.

Suppliers are billed directly for this charge, who in return recover the costs from consumers. The mechanisms for this will depend on the contractual arrangements between suppliers and end consumers. 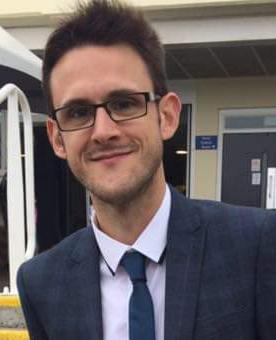 Nick Parr, Head of Risk in the commercial team
at TotalEnergies Gas & Power, puts the spotlight
on the UK Capacity Market and the uncertainty that
surrounds it.